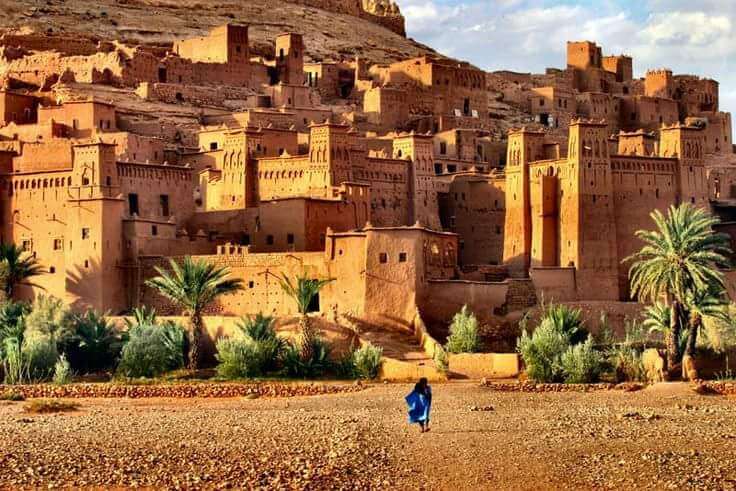 Today, we pick up you from your place stay. You will be driven across the Tizi N’Tichka Pass (2260 m), you will have opportunities to take photos and enjoy the scenes of High Atlas Mountains along with Berber villages on the way. Our next stop is in the village of Aït Benhaddou,having Lunch break then exploring the exotic Kasbah of Aït Benhaddou. From here we head to Ouarzazate where you may have a stop to view the Kasbah of Taourirt that was built by the Glaoui dynasty then to Skoura where you will be mesmerised with the Palm Grove along the way. Continuing on towards Boumalne du Dadès passing by El Kelaa M'gouna (Valley of the Roses), and the Dadès Valley (Valley of One Thousand Kasbahs). Dinner and overnight in a hotel at Dadès Gorges. 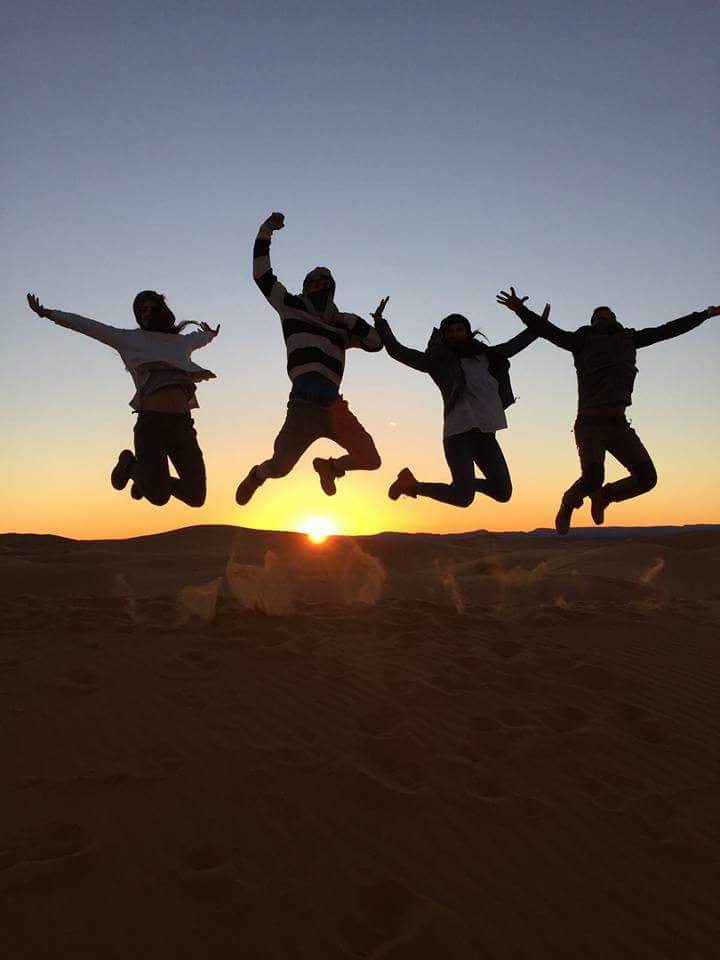 After breakfast at the hotel, you will leave toward Tinghir then to Todra Gorges. You will have the chance to stop for a panoramic view of the river. Continuing on the road alongside the river to reach the gorges where you will have a break for lunch. Walking on foot through this stunning place while enjoying the views of high rock walls. From here we drive to Merzouga passing by Tinjdad, Erfoud,You may have a stop in Erfoud to visit one of the marble fossils Carriers then continue to your hotel situated on the foots of the orange dunes of Erg Chebbi. You will experience a camel ride to reach the desert camp in the middle of dunes where you will spend the night, enjoy your evening, dine under the stars and sleep in Nomad Berber tent. 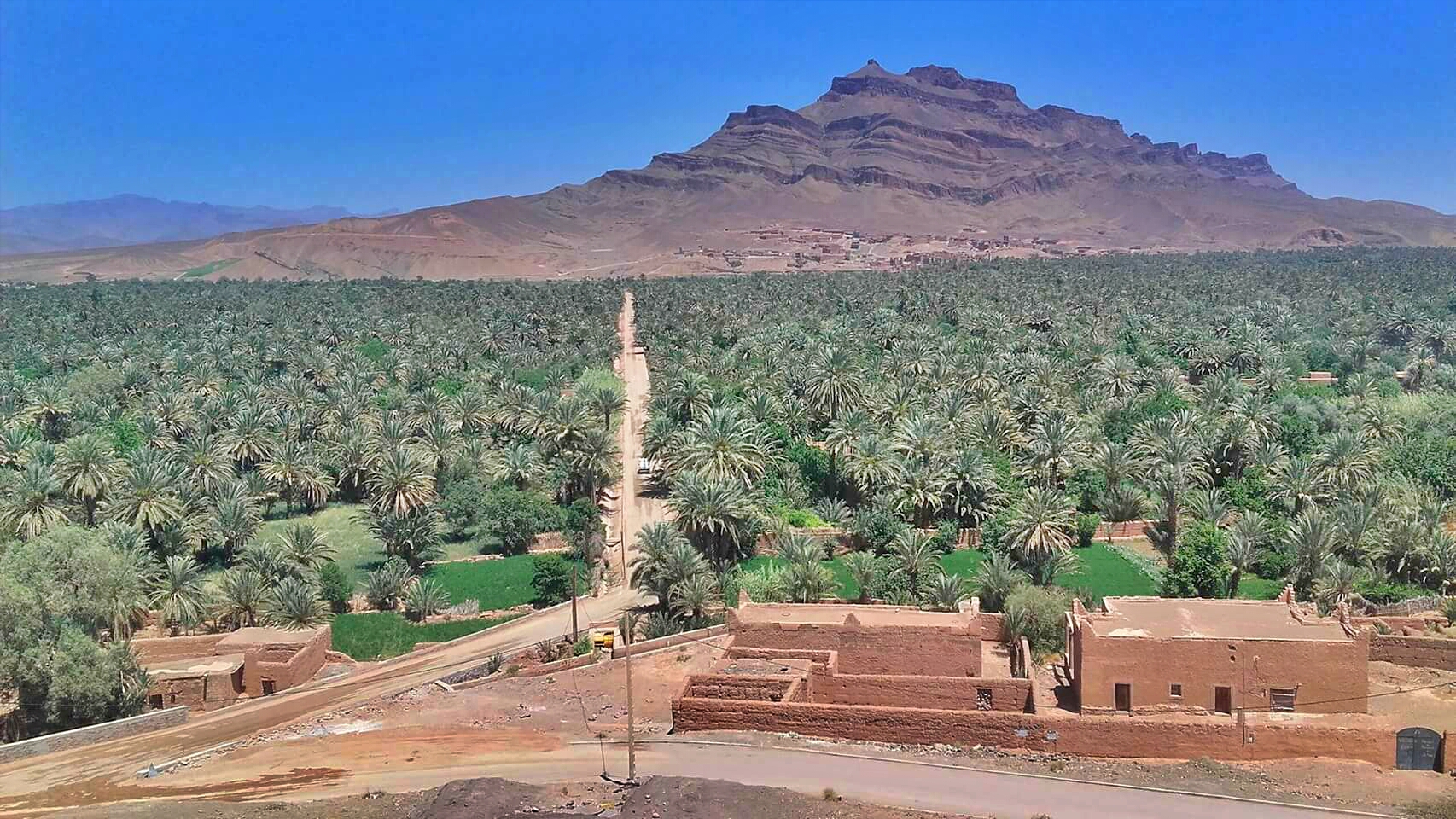 Waking up by the call of your guide very earlier to watch the sunrise then enjoying breakfast. You will trek back to your hotel where you can have hot shower and get ready for the long drive journey. We will travel back to Ouarzazate via Rissani ,Alnif,Tazarine, N’kob and Agdz. Stopping for lunch along the way .Later on, continue to Marrakech via Tizi N’Tichka Pass over the high Atlas Mountains. Arrive Marrakech and transfer to the hotel of your choice